Things to Do in May in New York City 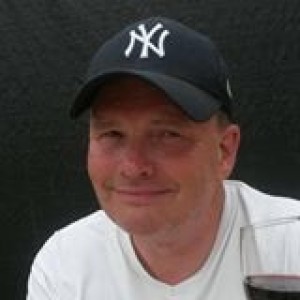 New York is an exciting destination any time of year but there are lots of advantages to visiting in May. Besides all the events taking place as the warm season starts to kick into high gear, visitors will enjoy typically very comfortable temperatures, and a less crowded city as the full wave of summer-vacationing tourists has yet to start.

The first weekend of May, streets shut down for the largest recreational cycling event in the U.S. where 30,000 cyclists can ride through 42 car-free miles of New York City. The route begins in Lower Manhattan and tours through Central Park, Harlem, the Bronx, Queens and Brooklyn and ends in Staten Island. There are rest areas along the way, and the tour wraps up with a festival on the Island with food, exhibits and live music. Participants can then board the Staten Island Ferry for a free ride back to Manhattan. Registration is limited and must be done in advance of the event.

Forget breakfast in bed – say Happy Mother’s Day with a weekend in Manhattan. From shopping at legendary department stores like Bloomingdales to visiting the Museum of Modern Art, there are countless activities to spoil Mom with on Mother’s Day. Sightsee on one of the ‘hop on, hop off’ double-decker buses like Gray Line New York Tours, which offers a variety of packages that cover the must-see sites. A horse-and-carriage ride through beautiful Central Park is a great way to enjoy the spring weather, and so is exploring the vibrant neighborhoods such as Soho and Chelsea on foot.

Since 1973, this multicultural food extravaganza takes over Ninth Avenue, closing it to cars from 37th to 57th Streets. It takes place each year the weekend after Mother’s Day and displays an incredible array of cuisines from Argentinean to Vietnamese. Enjoy delicious offerings like chorizo sandwiches, peppery squid, spanakopita, jambalaya and much, much more. The vibrant festival also features live entertainment including Egyptian belly dancing and German folk dancing, as well as performances by local bands.

The Memorial Day public holiday on the last Monday of May honours those who lost their lives in service to the country, and the Memorial Day Commemoration Ceremony in Central Park features military aircraft flying over the crowds. The Memorial Day long weekend traditionally kicks off the beginning of summer, and there are many Memorial Day parades throughout the city. Most shops and restaurants are open as well as many major attractions including the Metropolitan Museum of Art.

A New York tradition, Fleet Week celebrates the service of the U.S. Armed Forces with a week of exciting festivities and entertainment. Highlights of the week include tours of active military ships docked at the New York Passenger Ship Terminal, the opportunity for the community to meet many of the visiting sailors and marines, and a variety of events over the Memorial Day weekend including the Memorial Day ceremony.

Baseball season is in also in full swing, and checking out a New York Yankee or Mets game is another fun thing to do on a warm May day. Also underway is the Tribeca Film Fest with dozens of movies being screened at theaters throughout the Tribeca neighborhood. Cinco de Mayo (Spanish for Fifth of May) celebrates Mexican heritage with festivals, parades and street fairs throughout the city. And the New York AIDS Walk takes place on the third Sunday of May in Central Park.